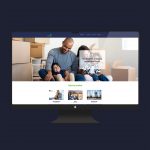 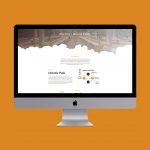 Verity
Logo/Branding
Spark
Description
As a student, finding parking is one of the most stressful factors in driving at UTA. I asked myself, can this process be simplified with the use of technology?

Every morning, when I arrive at campus, I go through the usual task of finding a parking space. Either you have to come for an hour or two early or you have to endure the cumbersome task of searching for a parking space. I circled around parking lots not knowing where and when a spot might open. The struggle amongst the students is real. It usually took more than 10-30 minutes. Not only does it affect the stress level and aggression but major problems like fuel consumption and pollution came into play as well. And if you have to start your every day in this situation, the overall impact might be not favorable.

This project is designed to tackle this situation where I took inspiration from a pre-existing GPS app “Waze”. I devised a concept of how I can utilize a crowdsourced app like Waze that all students might participate and help each other to find a parking spot. The idea was that each student who downloaded the app gets notified or can notify each other if they see an open spot. I wanted to make the app as simple as possible because it is unsafe for people to be engaged in an app for too long while driving. The object was to maximize the minimal session lengths. I designed the app to be minimal in nature where the level of interaction was less, especially while driving. Users could send feedback with just one tap. With the principles of User Experience design, I was able to achieve this with the end users in mind.

The app is preloaded with maps of UTA parking lots. The user can notify the app if a parking spot is seen vacant. For example, If I see a spot on Fine arts parking lot marked F23, then all I do is tap on that location in the app to mark it as open. The app then notifies all the users about the spot being open. For each submission that has been acknowledged, I have planned to award them with a token which acts as an incentive for students to participate correctly. During the research, what I have learned is that incentive-based app allows users to maximize their engagement with the app. It gives users a task to complete and rewards them which gives them a sense of achievement. Many apps these days utilize a similar reward system to engage their users.